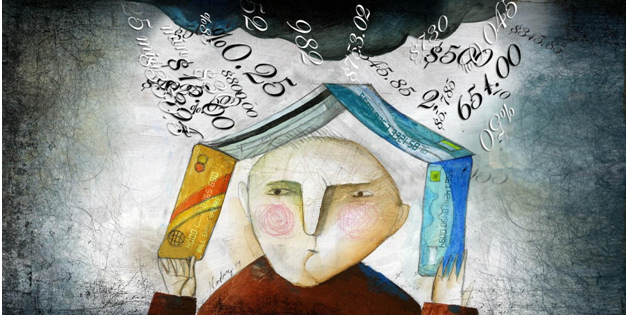 You want to make money, but is credit card churning bad? If you’ve been around the points and miles blogosphere for enough time you’ve probably seen stories of bloggers with 30-40 credit cards or people who have signed up for multiple cards over and over. Often times, these people are referred to as credit card churners and there are a few things you should know about them.

Although you aren’t technically breaking any laws by signing up for the same cards over and over, there are some negatives that you should be aware of. Personally, I think signing up for the same card over and over just to take advantage of a sign-up bonus is taking it too far in my book. If everyone did this, then there would be no reason for credit card companies to offer such lucrative sign-up bonuses. And then we would all lose out. But in addition to the moral reasons, there are some pitfalls to watch out for too.

Is Credit Card Churning Bad? One Card Once In A While

I am perfectly happy signing up for a new card every once in a while and receiving a nice spend bonus. If the card makes sense for me, I’ll keep it. If not, I’ll look for a different card that will meet my needs. You can still get a ton of value out of certain cards but you have to know which ones to look for.

Churning Barclaycard credit card can be tempting because they have some good deals. The Barcalycard Arrival Plus card is one of my favorite cards right now because it offers a 40,000 point sign-up bonus and it gives you 2% back on ALL purchases. There is an $89 annual fee but that can be offset by the 2% cash back compared to the standard 1% cash back on other cards. But is credit card churning bad?

When it comes to credit card churning the effect on credit score can be a problem. Most ‘credit card churners’ like to talk about all the success they’ve had but they often ignore the negative impact that churning can have. The biggest negative, in my opinion, is the hit to your credit score that opening up multiple cards can have. Every time you open up a new card, your credit score will take a slight hit due to the fact that you now have one more credit inquiry and since that card is brand new, it will lower the average age of your accounts.

If you were to keep that card for a long time, it would eventually recoup that initial credit score hit (since inquiries fall off your report after two years) and then some since your average age would increase as the card got older, having another card would add to the overall number of accounts (the more, the better) and the utilization portion of your score would go up (more available credit helps your score).

But when you open a card and cancel it within 1 or even 2 years, this can have a big impact since even though that account is closed, it will still bring down your average card age for the next 7 years! That is one of the reasons why you want to do your best to find cards that make sense for the long haul and why the answer to, “Is credit card churning bad?” can be “Yes.”

Blacklisted By Your Bank

The last thing that credit card churners don’t like to talk about is being blacklisted by your bank. Credit card companies are able to offer such good incentives for signing up for a new card but if everyone were to churn cards it wouldn’t be financially possible to continue this practice.

I’ve seen reports of multiple banks closing cards and denying future apps for serial credit card churners. So not only will you run the risk of being denied for a credit card but you could lose a valuable banking relationship indefinitely if you get caught churning. When it comes to credit card churning risks are involved.

So, does credit card churning hurt your credit? Yes, it can. I know this would be a big deal for me since I have my business checking account with Chase and my mortgage with them too. So if you’re going to take advantage of these great offers, as with anything in life, remember that moderation is the key.

Harry Campbell is a professional finance blogger and credit card enthusiast. Over the years, he has racked up close to two million points and miles from credit card sign-up bonuses and has used those points to fly all over the world for next to nothing.

Ask the author a Question

Your email address will not be published. Required fields are marked *

Expect to learn everything you need to know about credit cards by receiving an appropriate amount of email updates from us.

Nothing more. Nothing less.

Thanks for showing interest in this item

This will be available very soon. Please check again after a few days.